Be the first to review this product
CA$94.49
SKU
OLMCSH11

The first commercial halogen lamp was developed around 1959. In most applications they're easy to recognize due to the high heat and orange light output.

SPECIAL ORDER, USUALLY SHIPS WITHIN 10 TO 15 BUSINESS DAYS
Skip to the end of the images gallery 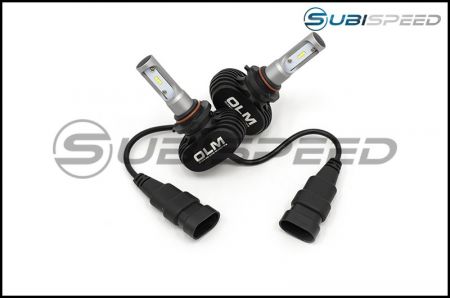 Skip to the beginning of the images gallery

The first commercial halogen lamp was developed around 1959. In most applications they're easy to recognize due to the high heat and orange light output. They also have a lower life span with lower light output per watt. This new Al series bulb utilizes the latest technology to maximize light output while maintaining an affordable price.

Through experience from previous bulb design, OLM has continued to push its larger heatsinks vs fans. By keeping them out of the design, there are less components at risk of failing.

The latest OLM offering features a unique 2 color in one design. We have released a similar product in the past but wanted to lower the price point and get a true yellow output to cut through bad weather. Some people will just like the look of the yellow, but others will also benefit from the contrast it provides in inclimate weather.

As the trend towards smaller, lighter and thinner luminaires continues to gain momentum, LED manufacturersâ€”including Lumiledsâ€”have responded by shrinking the size of their LED packaging. One result of this trend is the growing popularity of Chip Scale Package (CSP) technology. CSP technology eliminates the traditional submount to directly attach the LED die to the PCB, allowing for overall system cost reductions. As fully functional LED packages that are equal to or slightly larger than the size of a die, CSPs are increasingly being implemented in lighting designs.

Installation of the H11/H16 OLM Al series is extremely simple. If the socket fits, that's where it goes! The LED driver to bulb connections come with rubber seals to make sure the connection remains watertight.

Write Your Own Review